My all time favourite film is The Last of the Mohicans.

While I think all the actors did a fantastic job, the bad guy stole that movie.

Why? Because the character, Magua, acted all helpful-ish in the beginning, then when nobody was paying attention, he snuck up and then out of his nice blanket, BAM! Yeey, and forsooth, a legion of Redcoats be-eth dead upon the groundeth.

Out of nowhere, serious weaponry, lots of pain and agony, and copious amounts of suffering. 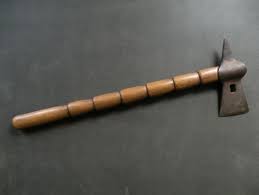 Which describes my head on Monday and Tuesday.

I woke up both days with a migraine, but Tuesday's was particularly BAD.

Many years ago, I was trail riding and fell down and went boom.

That's pretty much what happened to me. Minus the rodeo.

Except this had happened first:

Thankfully, it was a soft landing.


Oh, and today this happened: 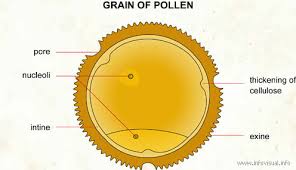 That's the view of the Saint John River from the Westmoreland Street Bridge here in Fredericton, NB.

So, do the math, and voila, the perfect cranial storm.

Thankfully, the weather looks good the rest of the week.

Therefore, hopefully, so does the inside of my skull.


Now, if I could JUST get my brain to work.

PS: Yes, I rested, took plenty of Tylenol, Advil and I slept.

The Last of the Mohicans, 1992, Morgan Creek Productions
Russell Means as Chingachgook and Wes Studi as Magua

***Oh, and it's 22 weeks, not 14, THAT shows you my skill level at math. I think I was basing the time on my hair appointment schedule. Seriously.

Sorry about the HI! THERE! HOW! ARE! YOU! face.


And if you leave a comment, the comment fairy will be that much closer to resolving her many issues.
Posted by Jennifer Major at Thursday, May 15, 2014 10 comments:

And no, I'm not going to explain what the heck happened to the font. And that's 30 minutes of my life I won't get back from trying to fix it.

From Shelli Littleton: Do you like where you live in Canada now over British Columbia?

In all honesty? No. Vancouver, and the West Coast, will always be my favourite place in the whole world. There is a beauty there that is unmatched. The mountains rising out of the ocean, the beaches that go on for miles, the skyline at night...ahhhh.

From Amberawesomesauce: What's the ONE reason (starts with an A) that you are simply dying to go to Washington state, USA???

Also from Amber Perry: The era in history I'd love to visit? The waning days of WW2 in the South Pacific, specifically when the POW camps were liberated.

And one more from the high school chick...what piece of music would I love to sing in Carnegie Hall? Suo Gan. OR...The Revenge Aria from The Magic Flute.

From Jennifer Stymiest: (mother of one the CUTEST little girls on earth) : Favourite Restaurant? Famous Dave's. Or...El Burrito Loco, when it first opened, before it got too busy.
Favourite dessert? Pavlova. Or cheesecake.
Most adventurous thing you've done? Any of my trips to Bolivia!
Favourite place to visit? So far? Rome or Santorini.
City that's still on my bucket list? Buenos Aires, Argentina
Coffee or tea? TEA!
Baking or cooking? Ohhh, good one!! I'd say baking.
Favourite board game? Scrabble. My highest score is 543.

From BW: Favourite book of all time? Ohhhh!! Well,obviously the Bible, but fiction? Hmmmm. Too many to choose!! Courting Morrow Little is pretty darn close to the top.
Favourite movie? The Last of the Mohicans
Favourite actor? Wes Studi
Favourite actress? Cate Blanchett or Meryl Streep
On George Clooney's engagement? I hope they're happy, for the rest of their lives.
How did I meet my husband? I met the very handsome John E. Major at about 7:30 pm, at a softball game on July 28th, 1986.
Is it true that Canadian chocolate is the best? Yes.


From Lori Benton: Think you'll ever move back to the West Coast? Probably not. It's way too expensive.
Will you please explain why you have produce around your neck? We were in a town in Bolivia and each kid in school made us a garland of flowers and vegetables. They weighed a TONNE!!! After we left the village, we gave all the food to one of our Bolivian colleagues and she used them to feed the poor people she worked with.

From Andrew: How many Canadian does it take to screw in a light bulb? 2. One to do the work and one to check the score of the hockey game.
Posted by Jennifer Major at Saturday, May 10, 2014 8 comments:

But keep it CLEAN.

Hopefully, this will be fun.

And maybe I'll explain this:

Hey, not everyone can carry this look.

But let's all remember that envy is a sin.
Posted by Jennifer Major at Thursday, May 01, 2014 6 comments: