Where is she and what is she up to?

She's up to her ears in dust and sand paper!

I'm at the tail end of a refinishing project, but I long for 1894 and Rose's story.
But I can't leave 2015 just yet, because I have a hard and fast deadline to get a project done for an auction.

In case you're curious, though, I am immersed in the early 1800's, working on something very similar to this: an Empire Era mahogany dining table.

Here's the table base, which is in two pieces. 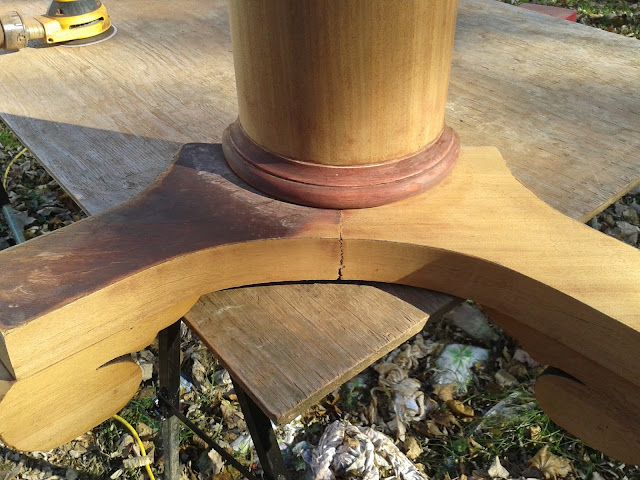 Three, if you count this giant crack. But fear not! My husband will fix that.


Do you see the worn adges on the base? Those are from 100 years of shoes pressing in and wearing down the wood. We're leaving that "flaw" as it is. 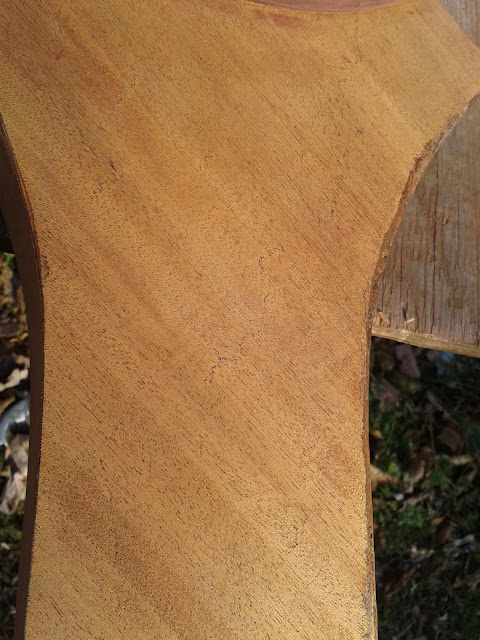 I work outside, and the dust from my DeWalt random orbital sander colours the fading fall leaves. 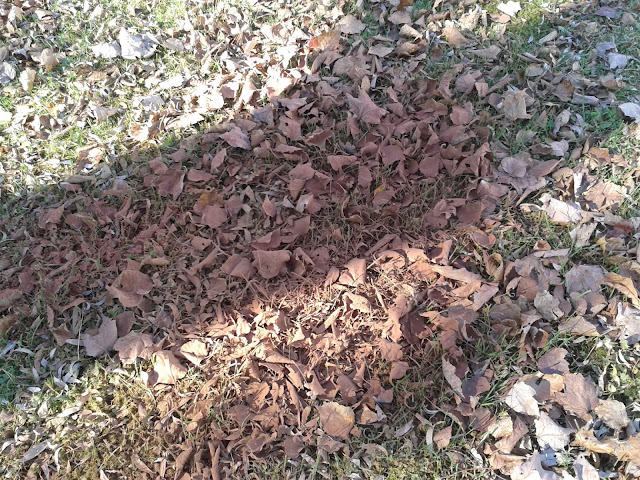 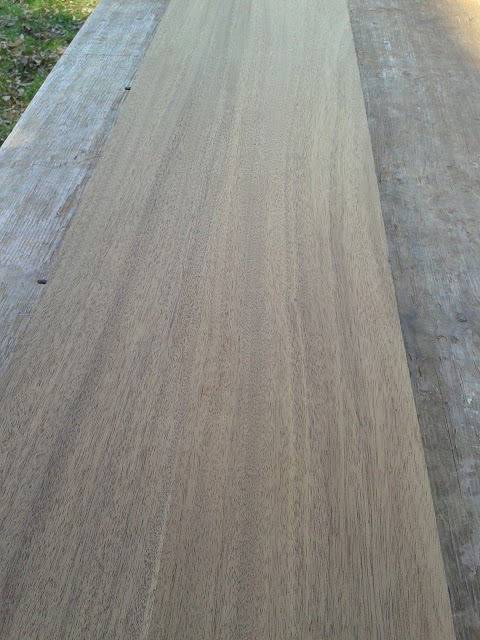 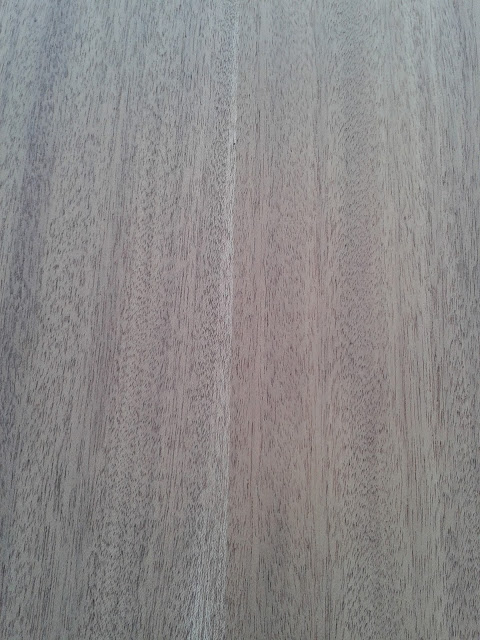 Along with the table, which is in 4 pieces, we have the six original chairs that came with the set.

Here you can see the before and after colours of the chairs.
Did I mention the chairs have their original black pebbled leather seats?
Those were nasty. I'll post a photo of them when the project is done. 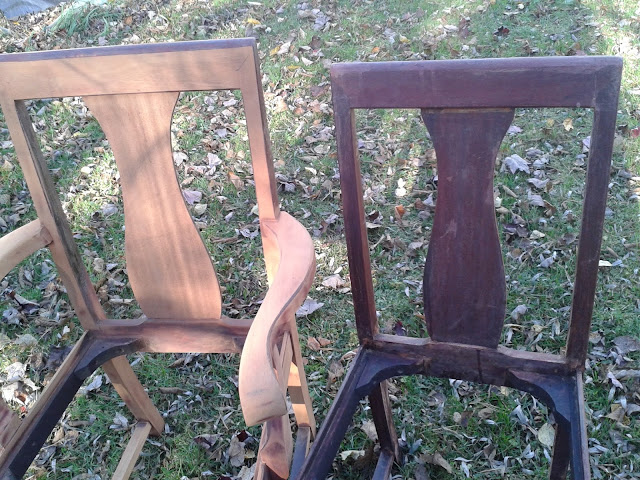 So, for now, I'll head back to The Empire Years, but I'll leave you with a few lines from my work-in-progress...the scene is rather un-edited, but it's when they discover something very interesting about a horse thief.

“Nate! Shoot him!”  Jack was not going to let Black get much farther.
Nate raised his gun, and fired again. The man’s body jerked hard, and fell sideways. But like a cat, this fool had nine lives. Nez could make out one bloody hand on the pommel and one holding his hat. White foam coated Black’s neck and his mouth, his speed had cut in half.
“Pa!” Nate rode alongside Jack and tossed him his rifle. “I’ll jump him!”
“Be careful!” Jack shouted.
“He’s a runt!” Nate kicked his boots from his stirrups and wrapped the reins around the pommel. Viking rode within a few feet of Black and the thief, then Nate launched himself like a bird of prey.
In the blink of an eye, the thief was on the ground, under Nate. Nate rolled off him. The thief rose to his knees and one hand. He scrambled to his feet, then fell face down in the dirt. He rose again, only to have James rope his ankles and yank him hard. He flailed in the dry grass, rustling up a cloud of dirt and insects. Nate got to his feet, ran over and kicked a boot hard into the thief’s ribs. Hard enough that Nez could hear the bones crack. “You stinking pig! I’ll hang you myself!”
Wide-eyed, the young man held up his bloody hand and covered his face.
“Stop it, Nate!” Jack’s voice echoed off the hillside. “You’ll kill him!”
“Good!”
His face red with fury, Nate kicked the silent thief again, then reached down and hauled the man off the ground. He tore away his filthy scarf, and punched him in the jaw, sending the thief’s hat flying and his ill-fitting, tattered coat off his shoulder.
“Please stop.” A weak voice cried out.
“Lord in Heaven!” James’ shout hushed them all. Stilled Nate’s fist mid-punch. Knocked Jack to his knees. Pulled mercy from thin air.
A long braid hung down to the ground, the end of it sweeping dirt into the light brown hair. “Please…stop hitting me.”
Nate roared. The woman fainted.
And hung like a bloodied, battered rag doll from his grip.