I knew someone years ago who went to Santorini, then two friends went last year. Always, when I'd see photos or video of the place...I WANTED TO GO.

Santorini, an island in the Cyclades group, in Greece, has been #2 on my "Things I Want to See Before I'm Too Old To Move" list, otherwise known as "the Bucket List".

So when my travel partner and I, and yes, we're basically superheroes with carry-on luggage, were mulling over where to go, I pretty much fainted when we nailed the itinerary and I knew I'd be going to one of the most beautiful places on Earth.

Here is a view of the wee tug boat from up in Fira. 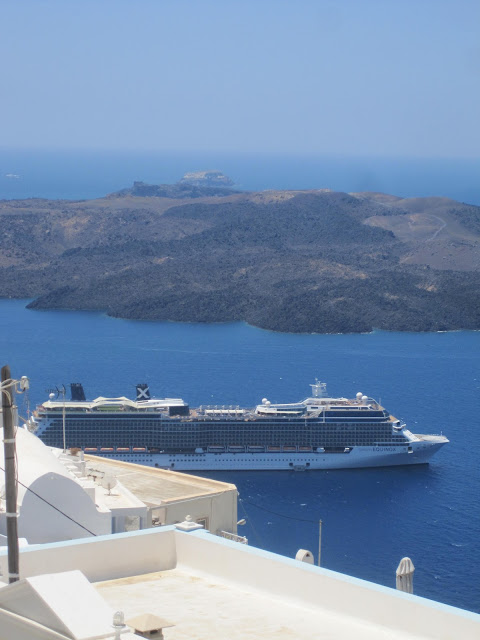 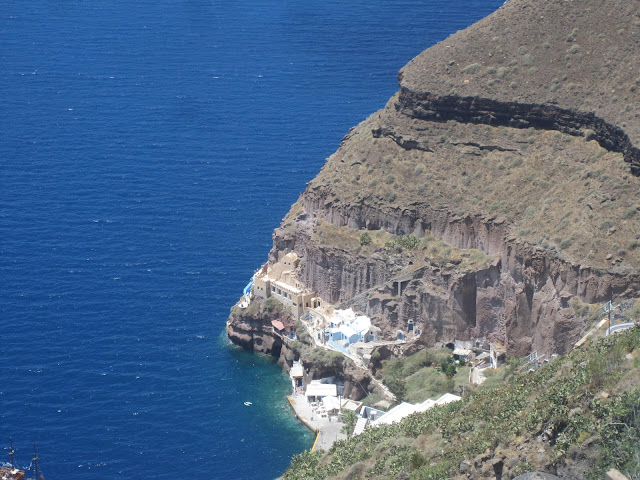 These two are not my photos, but show the iconic architecture of Oia, one of the most photographed towns in the world. And yes, the place IS that steep. Do not even dream of coming here if you're on crutches or in a wheel chair. 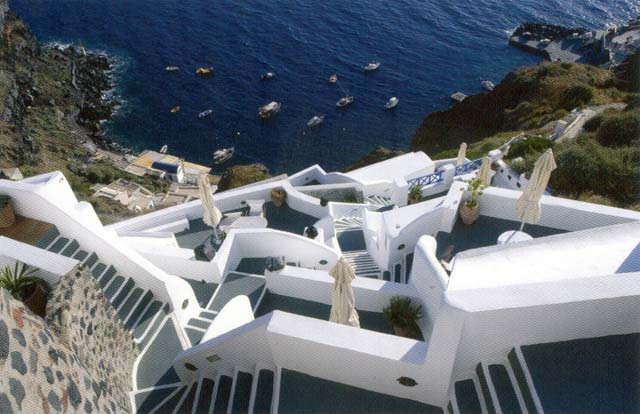 One of the most famous views in the world.

The view from the Greek Orthodox church in Fira. They had, umm, a Wifi router inside the church. I asked a man if it would seem slightly disrespectful if I flipped open my tablet and madly checked my email.

I was culturally sensitive.
(and my travel partner would have beaned me) 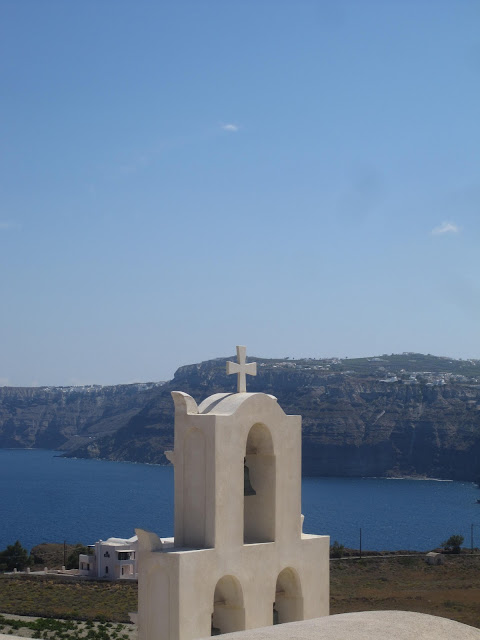 Pink oleander in front of a home. 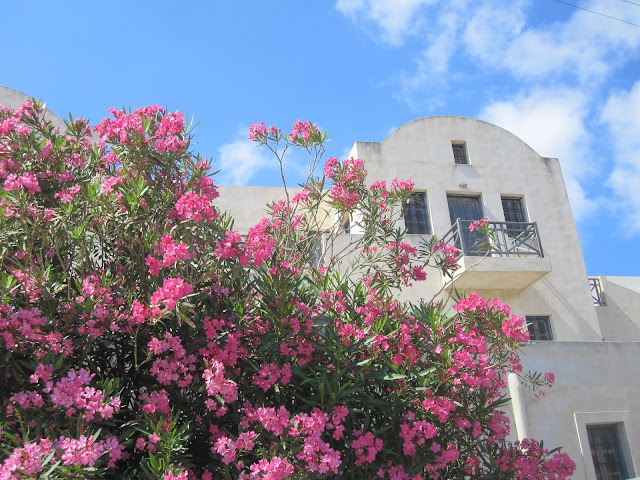 An ancient walkway toward a home. 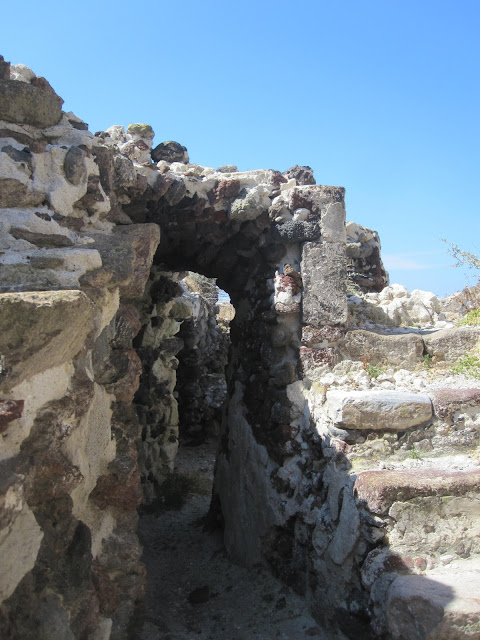 The elementary school in Fira. 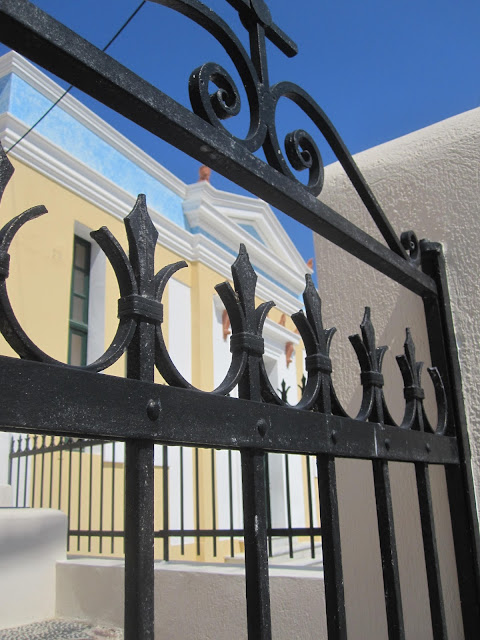 Front gates of a home. 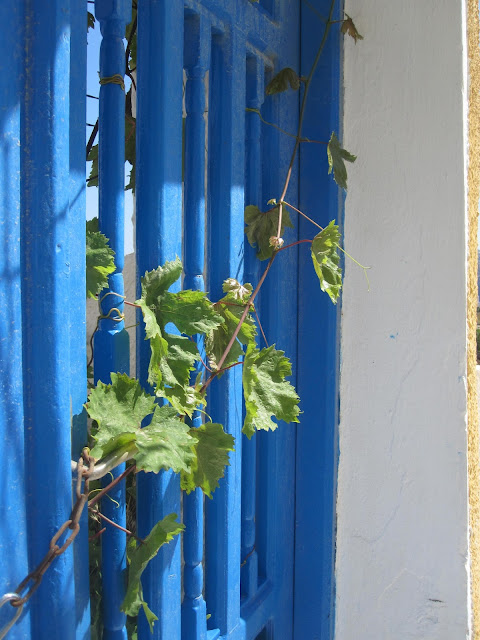 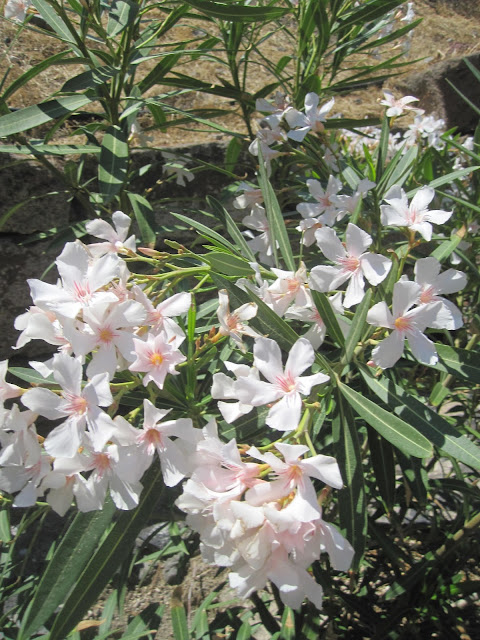 The Akotiri Excavations. Not a single human bone was found here, archeologists think the town escaped when Vesuvius erupted and sailed away, en masse,in boats to another island in the Cyclades.

Everyone say hello to "Irini". She was SMART. Tour guides in Greece do three years of school to become qualified.  When she used the phrase "the morphology of the soil..." a whole lot more of the tour group started paying attention! 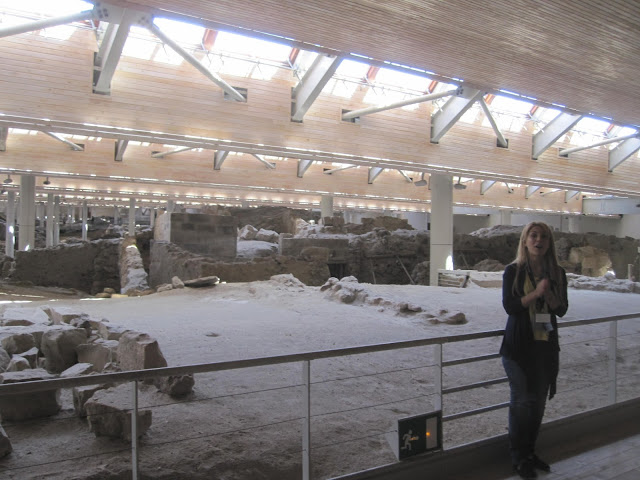 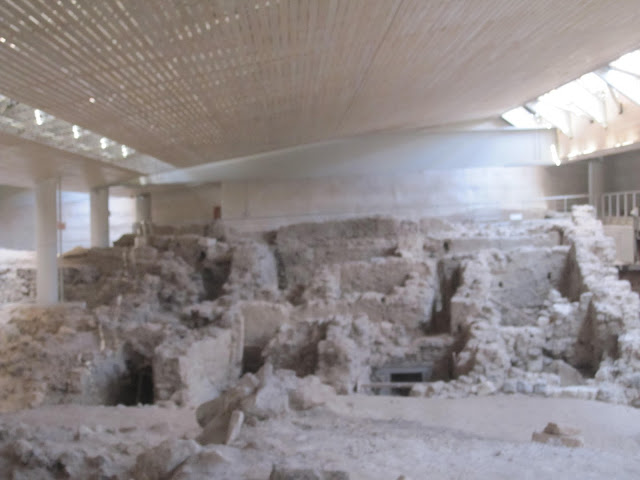 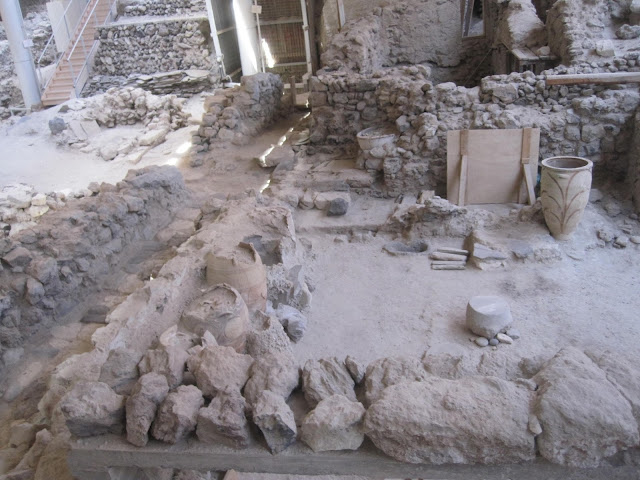 Boarding the tender to return to the biggest ship I'd seen the entire two weeks we were at sea. And YES! It was our ship!
Am I bragging? 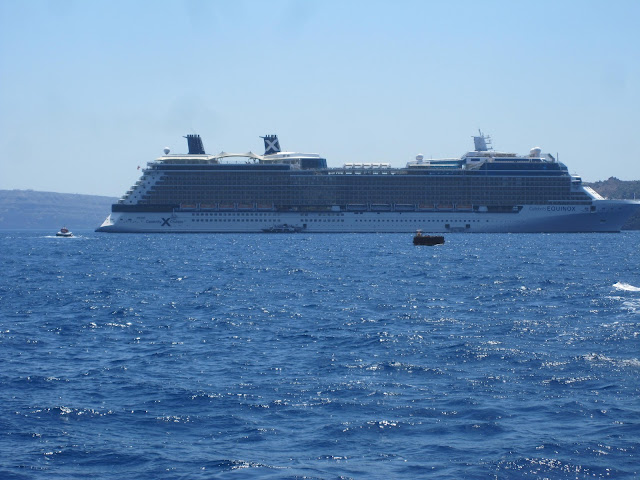 When you see a paint sample and it says "Aegean blue" ? THIS is Aegean blue. Such a beautiful colour! 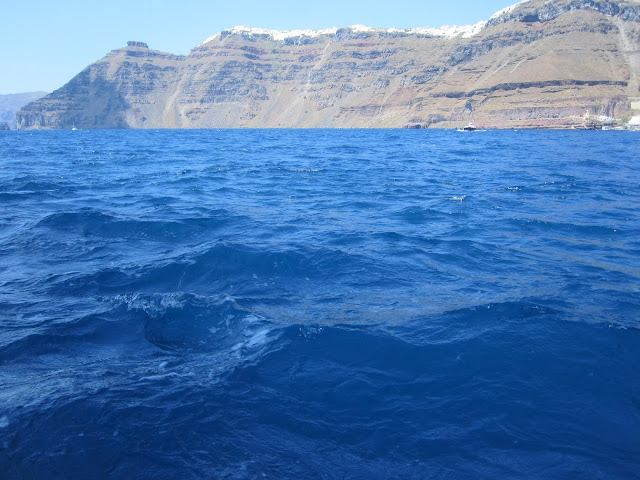 We sailed at 6:30pm, and the following photos are the sunset over Santorini and a few other smaller islands. 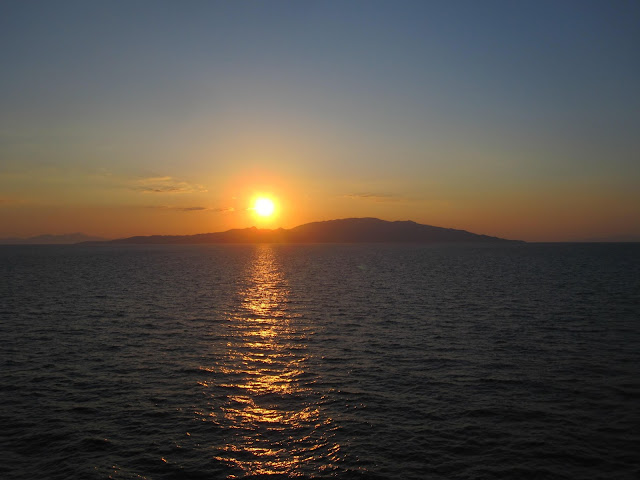 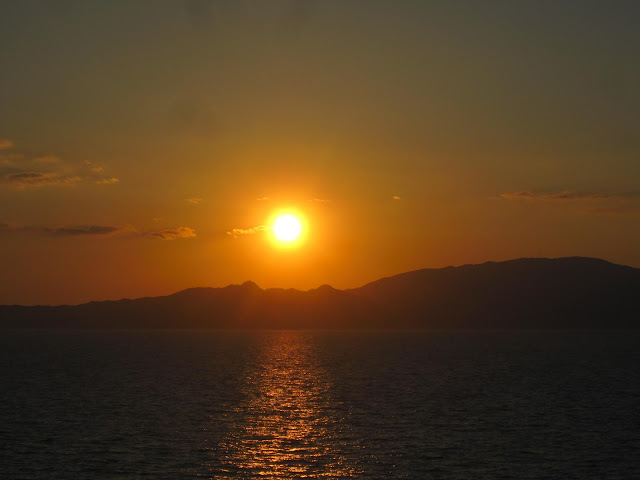 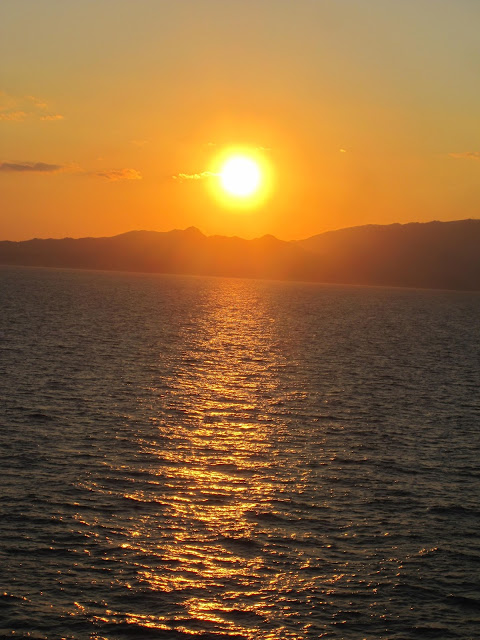 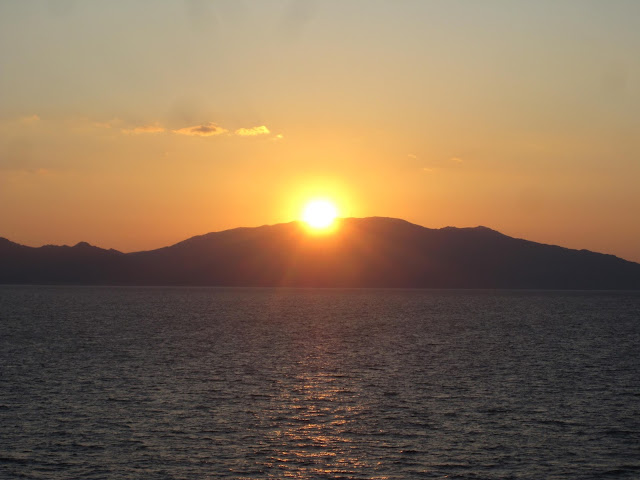 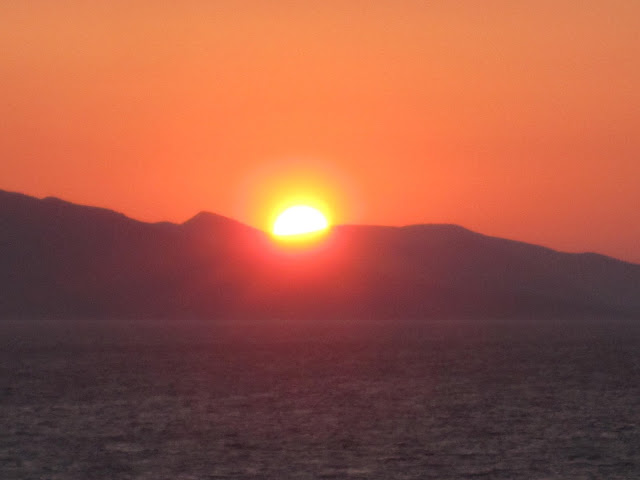 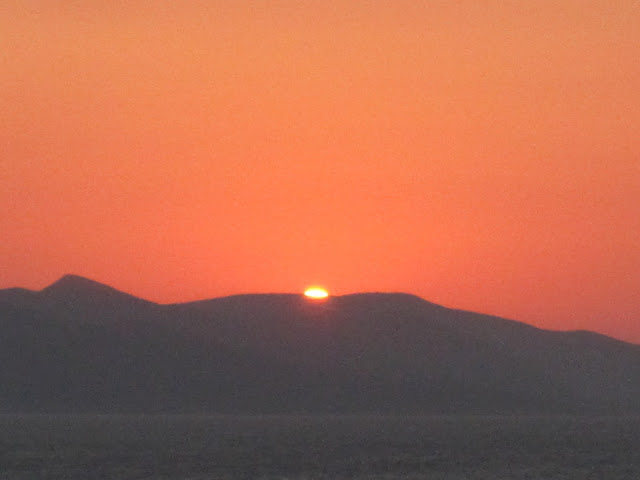 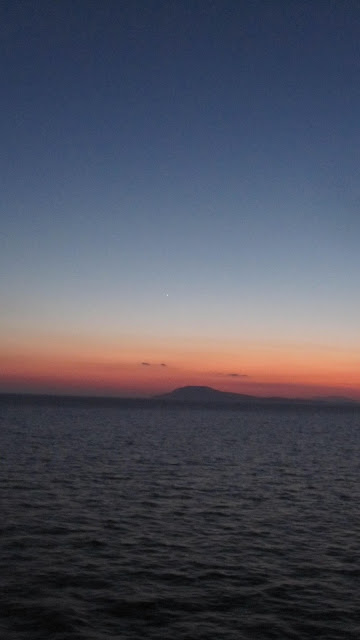 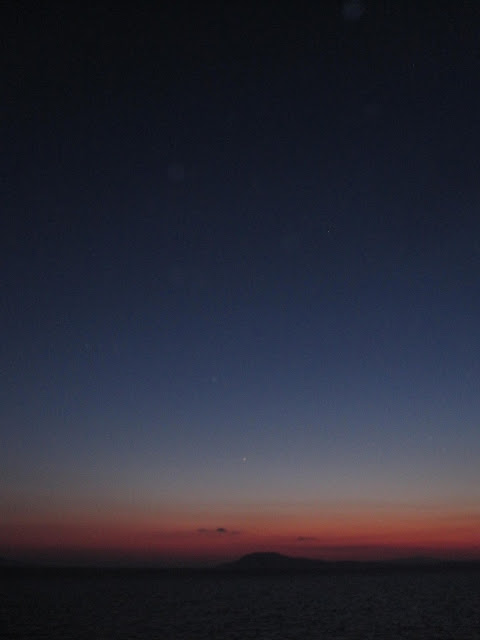 There are three ways to get from Fira to the harbour. All three are in one video.