My husband, John, is a meticulous planner. When he sets out to do something, he's already thought of every angle, every probability, each cost and benefit and rarely does anything without thinking it through.
He likes things done right.

#1 Son has worked all summer as a tree planter. This is a brutally difficult job. He is up at 3am and home anywhere between 2pm and 5pm. He is SPENT.
He estimates he has planted 102,000 seedlings this summer.

ONE HUNDRED AND TWO THOUSAND.

He has earned enough for tuition, books, expenses and now?
Enough for a car.
His *first* car.
So he started looking over the weekend. Sunday, John and I took Zach to camp, and on the way, went to see a 1998 BMW 323.
Good little car, lots of mileage, a spotless engine and it handled well.
On the way home, we decided that Dad and Son would go test drive it after supper.
So they did.

But let's stop for a moment, and take some time to remember that John is a PLANNER.
He does his research.

He is NOT SPONTANEOUS.

Until he gets behind the wheel of a Beemer and guns it to 50mph.

Oh, wait...#1 Son had closed the hood after they inspected the engine.

When John hit the gas??

The hood hit the windshield.
At 50 miles an hour.

THE HOOD HIT THE WINDSHIELD!!!! 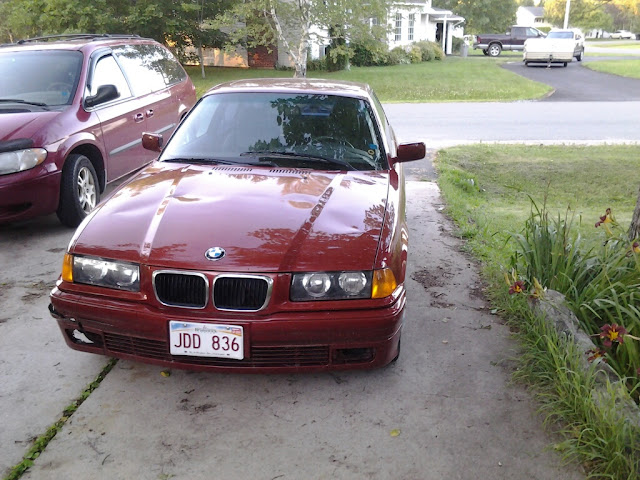 Nice crack, eh?? It keeps going ALL across the windshield. 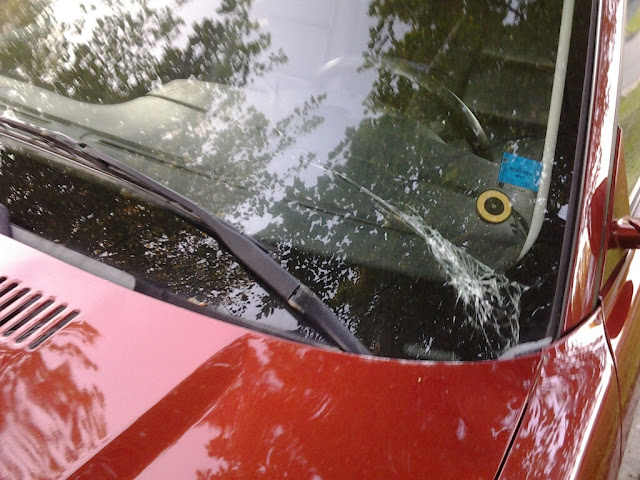 But hey, #1 Son got his car, I got hurt from laughing so hard and we get to play "fix the Beemer" all summer.

At least it runs.

And MAYBE #1 Son will let his father drive it, IF he behaves. 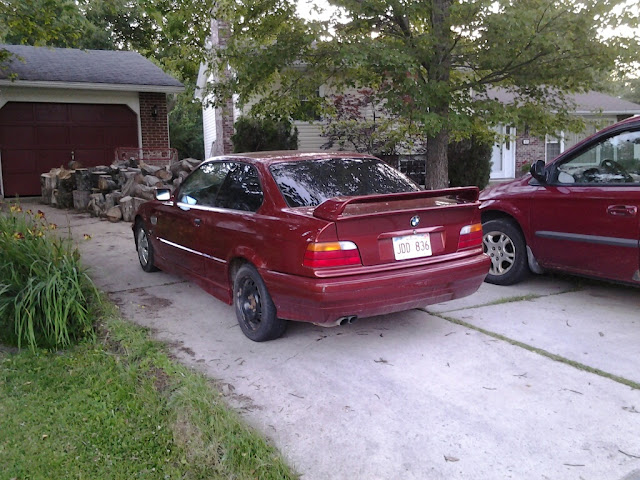